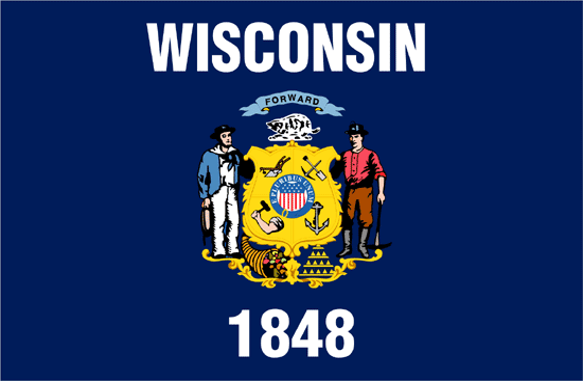 About the State of Wisconsin – Business and Industry

The state of Wisconsin is comprised of about 741 cities and towns; meanwhile Wisconsin is divided up into 73 counties.  Wisconsin is in the upper Midwest part of the country.  The state’s most popular nickname is the Badger state, but can also be known as America’s Dairyland.  The Common Blue Violet is the state flower.  On May 29, 1848, the state of Wisconsin was admitted into the union as the 30th state.  Neighboring states and areas include Lake Superior to the north, Lake Michigan to the east, Illinois to south and Minnesota and Iowa to the west.

Wisconsin ranks 25th in size of the 50 states and its population ranks 20th in the United States.  Milwaukee is the most populous city followed by Madison (also the state capital), Green Bay, Kenosha, Racine, Appleton, Waukesha, Eau Claire, Oshkosh and Janesville rounding out the top 10 most populous cities in Wisconsin.  In 2021, the estimated population of Wisconsin is projected at 5.9 million.  Key industries in Wisconsin include: